Help support the wikileaks mirrors. Donate your FB and vKontakte status, continuous twitter updates and more to mirroring adresses to wikileaks mirrors! Also let visual space on your blogs and websites for the same purpose. Freedom of speech shall not be quenched! Democracy shall not be silenced!

Viewing cable 09STOCKHOLM194, SWEDEN: CI/KR RESPONSE FOR S/CTIf you are new to these pages, please read an introduction on the structure of a cable as well as how to discuss them with others. See also the FAQsReference ID Created Released Classification Origin09STOCKHOLM194 2009-03-20 13:01 2010-12-05 17:05 SECRET Embassy StockholmVZCZCXYZ0008PP RUEHWEB
DE RUEHSM #0194 0791327ZNY SSSSS ZZHP 201327Z MAR 09FM AMEMBASSY STOCKHOLMTO SECSTATE WASHDC PRIORITY 4231S E C R E T STOCKHOLM 000194
SIPDIS  S/CT SHARRI R. CLARK
E.O. 12958:  DECL: 03/20/2019 TAG PTER, PGOV, ASEC, EFIN, ENRG, KCIP, SW
SUBJECT:  SWEDEN: CI/KR RESPONSE FOR S/CT
REF: SECSTATE 15113
Classified By: CDA  Robert Silverman for reasons: 1/4 (B), (D), (E), and (G)
¶1. (S) In  response to reftel, post would like to add Sweden’s communications  infrastructure to the CI/KR list.  Although Sweden does not posses a  direct undersea cable from the U.S.,Sweden is a central European  communications hub.  For example, Swedish company TeliaSonera is an  international carrier that owns and manages 43,000 km of fiber optic  cable linking Russia and the Baltics to the rest of Europe and the U.S.   If these lines of communications were to be destroyed, disrupted, or  exploited, it may compromise global communications.
¶2. (S) Post  recommends keeping Swedish pharmaceutical manufacturing company Recip AB  on the CI/KR list for its production of ThyroSafe (potassium iodide).   This resource provides protection in the aftermath of a nuclear  emergency. ThyroSafe is the only FDA approved 65 mg potassium iodide  tablet used to protect the thyroid gland against radioactive iodine  released during a nuclear emergency. SILVERMAN

Viewing cable 08BERLIN643, s) germany requests information concerning
If you are new to these pages, please read an introduction on the structure of a cable as well as how to discuss them with others. See also the FAQs Reference ID Created Released Classification Origin08BERLIN643 2008-05-16 10:10 2010-12-05 12:12 SECRET Embassy BerlinAppears in these articles:http://www.spiegel.deVZCZCXRO6021PP RUEHDEDE RUEHRL #0643 1371014ZNY SSSSS ZZHP 161014Z MAY 08FM AMEMBASSY BERLINTO RUEHC/SECSTATE WASHDC PRIORITY 1230INFO RUCNFRG/FRG COLLECTIVERUEHAD/AMEMBASSY ABU DHABI 0151RUEHBM/AMEMBASSY BUCHAREST 0195RUEHVB/AMEMBASSY ZAGREB 0154RUEHDE/AMCONSUL DUBAI 0105 S e c r e t berlin 000643
Sipdis, isn/mtr, eur/ags and eur/pra
E.o. 12958: decl: 05/16/2033Tags: parm, prel, ettc, mtcre, ksca, ir, gmSubject: (s) germany requests information concerningiranian procurement of xxxxxxxxxxxx test chamber
Ref: a. 07 state 75839b. State 15220c. Berlin 195d. State 40087e. Berlin 511
Classified By: Glbal Affairs Unit Chief Don L. Brown forreasons 14 (b) and (d).
¶1. (u) this is an action request. Please see para 5.
¶2. (S) On May 13, MFA Export Control Division Desk OfficerWiebke Wacker provided Global Affairs Oficer with aGerman-language nonpaper requesting nformation from U.S.concerning an Iranian natioal, xxxxxxxxxxxx, in connection with the Iranianprocurement of a German origin environmental test chamberfrom the firm xxxxxxxxxxxx. In support of acurrent investigation, the Germans are specificallyinterested in knowing whether the USG has any informationindicating that xxxxxxxxxxxx was aware that the Iranianfirm Shahid Bakeri Industrial Group (SBIG) would be theactual end-user of the environmental test chamber.
¶3. (S) In a May 5 meeting, Wacker provided Global AffairsOfficer with further background information concerning thisinformation request. According to the German Customs Officeof Criminal Investigation (Zollkriminalamt, or ZKA), Wackersaid, xxxxxxxxxxxx was confronted (and possibly detained)by U.S. authorities in February 2008 while applying for avisa at AmConGen Dubai. Wacker said the ZKA has assessedthat information concerning xxxxxxxxxxxx business contacts withxxxxxxxxxxxx is a critical piece of evidence needed tosupport the ZKA’s ongoing investigation into xxxxxxxxxxxxand Iranian efforts to procure an environmentalchamber from xxxxxxxxxxxx.
¶4. (S) Begin informal Embassy translation of German-languagenonpaper:
With reference to the Non-Papers from June 1, 2007, August 3,2007, December 18, 2007, February 15, 2008, and April 21,2008 regarding the procurement of an environmental testchamber by the Iranian xxxxxxxxxxxx from the German xxxxxxxxxxxx via Romania and Croatia, we take this opportunityto ask the U.S. authorities about the following points:
The German export control authorities have learned thatxxxxxxxxxxxx was approached by U.S. authorities aboutthese matters. Because the German authorities have alsoundertaken investigative measures, we are interested ininformation concerning the results of these conversations.
The U.S. authorities reported in their Non Paper from April21, 2008, that the Iranian firm SBIG is the actual intendedrecipient of the test chamber. The German export controlauthorities are accordingly interested in knowing whether theGerman citizen xxxxxxxxxxxx had knowledge of thisend-user.
We thank you for the information in connection with theSBIG’s procurement attempts and we look forward to continuingour excellent cooperation in the area of export controls.
End text of informal Embassy translation.
¶5. (SBU) ACTION REQUEST: Post requests Department guidancein responding to the questions posed in the German nonpaper.Timken jr

What is needed now is an international campaign to save Wikileaks. It can be done via the method:  ”I Am SPARTACUS”. We can share the links to adresses where we can find the Wikileaks mirrors on the internet, and we can publish some of the documents on our own webbpages. If 100.000 people does this then we can all make a difference! And publish them as documents or pdf:s on public sites too as scribd: http://www.scribd.com/. (For an example of what you can do on scribd: click here: wikileaks.)

Those who can can make a mirror of their own to Wikileaks:

Or link to mirrors as these two:

On these two sites you can find documents that you can copy to your site or blog, or that you simply can post all over the internet. In this way hundreds of thousands of people can say: ”I am Wikileaks”! If possible choose the documents that are classified as SECRET.

Keep your eyes on the ball!

Keep your eyes on the ball, always the ball!

”Also, Gawker, relying on Google Translate, links to a Swedish blog calling Anna Ardin possibly the “world’s most hated woman right now.” A few clicks deeper into the site—this weathervane of Swedish opinion about Ardin—and one gets to read charming, rambling stories of Jewish influence in Sweden and the creeping “Islamization” of Scandinavia.”

En annan kommentar i tidningen noterar ”so, are all our soldiers in Afghanistan CIA-agents?”

Mer läsning: Are the nazis behind the mob against Anna Ardin?

This is something I have hesitated to write about, but now I have to write the story! I can do it because the story, and the name of the woman I will write about, now circulates on the internet.

When the founder of Wikileaks recently visited Sweden he was accused of being a rapist. According to Expressen, he sexually harassed a woman in Södermalm, Stockholm. Some time later, he supposedly raped another woman in Enköping.

Whether she is one of the women that went to the police and that revealed the things that made the police accuse Assange of sexual harassment and rape, I dont know. But I DO KNOW that Swedish nazis and rightwing extremists were the first once to claim that Anna Ardin is one of these two women. And that is strange. Something is rotten in the mobbosphere!

Why did they do that?

Swedish nazis and rightwing groups has for some time been very angry at the Christian Socialdemocrats, Broderskapsrörelsen, that has started to work with Swedish muslims. Last week it published a new magazine, ”Islam”. On this pressrelease one can read that Ardin is the project leader.

The magazine can be read here, on page two is her name and the title ”leader of the project”.

Swedish rightwing groups and nazis indicated well before last week, that they were to start some kind of campaign against Broderskapsrörelsen and the new magazine. Different rightwing blogs talked about this the weeks before the magazine was made public. And the very week that the magazin was published the campaign the mob against Anna was unleached, and the nazi-opponents of the magazin she is responsible for, were the first once to write about it. An accident? hardly!

Anna Ardin has witten many POSITIVE ARTICLES about islam on her blog during the recent years and has been a public opponent of Sverigedemokraterna, a rightwing party ANTI-MUSLIM party, that probably will enter the parliament this year. And she has been much hated for this. ( As can be seen in this google search. )

The mob against Anna Ardin was started on Flashback.org (här, här, här, här, ) but it was made public first at this right-wing extremist blog: https://gotiskaklubben.wordpress.com/2010/08/22/anna-ardin-varldens-mest-hatade-kvinna-just-nu/

If you look at the blog you will find that it attacks jews, and it is also very hateful against islam.

So now the internet globally is filled with hate against the woman that according to the mob has ”accused Assange of being a rapist”.

I dont know anything about the accusations against Assange. I know that celebrities such as him has raped women before (but I do also know that intelligence services has used women to destroy the lifes of people before).

BUT PLEASE TAKE INTO ACCOUNT THAT THE PEOPLE THAT INITIATED THE CAMPAIGN AGAINST ANNA ARDIN ARE RIGHT WING EXTREMISTS AND NAZIS!!!

Everyone has the right to be ”innocent until proven guilty”, Anna Ardin too! Please remember that!

And mob-rule is always WRONG! 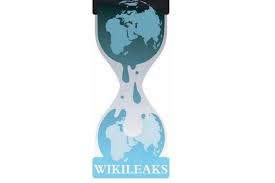