What is needed now is an international campaign to save Wikileaks. It can be done via the method:  ”I Am SPARTACUS”. We can share the links to adresses where we can find the Wikileaks mirrors on the internet, and we can publish some of the documents on our own webbpages. If 100.000 people does this then we can all make a difference! And publish them as documents or pdf:s on public sites too as scribd: http://www.scribd.com/. (For an example of what you can do on scribd: click here: wikileaks.)

Those who can can make a mirror of their own to Wikileaks:

Or link to mirrors as these two:

On these two sites you can find documents that you can copy to your site or blog, or that you simply can post all over the internet. In this way hundreds of thousands of people can say: ”I am Wikileaks”! If possible choose the documents that are classified as SECRET. 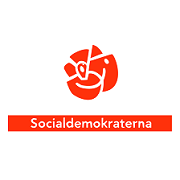